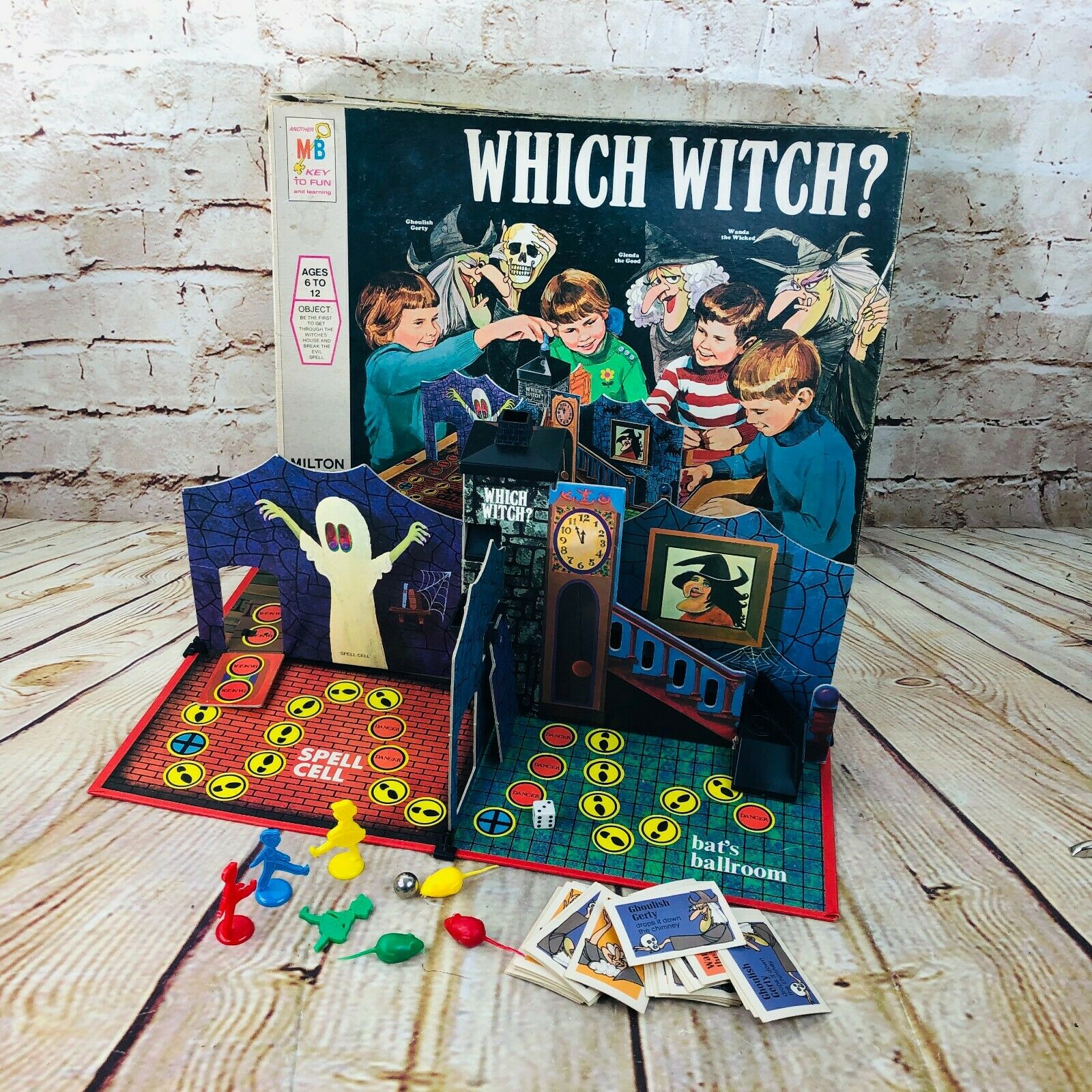 To discover the magic of playing Which Witch, simply continue reading to discover everything that you need to know about the classic children’s board game.

Which Witch Game: Everything that you need to know

It’s a classic children’s board game which was first published in 1971:

It boasted a unique 3D house instead of two dimensional board:

One of the features which made Which Witch unique is that it featured a three dimensional house, instead of a standard two dimensional board.

To win the game you’d need to successfully escape the haunted house:

The premise of Which Witch was that you were stuck in a haunted house, from which you’d have to find a way out. Managing to escape from the house would require a lot of patience as there were a wide variety of obstacles and challenges which could stop you escaping. As an example, one of your competitor’s could draw a card which could turn you into a mouse, which would stop you in your tracks and which would prevent you from moving in any direction. In order to move again, someone would have to pick up a card which would turn you back into a child.

It featured a unique surprise:

Which Witch boasted an innovative feature called the whammy. When you picked up a card which told you to perform the whammy you’d be forced to place the whammy ball in the slot at the top of the haunted house’s chimney. After plummeting down the chimney the whammy ball would come out of one of four chutes and would make something in the house move which could effect the fate of one or more players. Depending on which chute it came out of.

Different versions of Which Witch were released around the world:

In the Finnish version of the game players would use a spinning wheel, instead of using game cards to dictate the game’s events. While in the Italian version there was a central tower that a skull would come through instead of having a chimney and a whammy ball. In Hungary, the game featured a glow in the dark skull as well as a plastic central tower and a spinning wheel. Finally in the UK where the game was published as Ghost Castle, the game took place in a large castle instead of in a haunted house.

So if you like the sound of playing Which Witch it’s well worth trying to track down a copy of Which Witch which is still in great condition. Especially if you have children of your own.